“Diversity, Equity and Inclusion” ,”DEI”, “unconscious bias”,”bias hiring” are all words we have been reading a lot about in the last few years.

I remember 2 years ago after the murder of George Floyd and after years of activism of the black community, we finally noticed a huge shift on social media and real issues were highlighted. People started talking about their feelings and were openly talking about bias in hiring.  They started sharing stories about how certain biases caused so much pain and trauma in the workplace. People were listening and “checking” their privilege and asking important questions around what we could do to making our work environments more inclusive.

In my head I was thinking “Hallelujah”, I felt super hopeful and slowly saw the change unfold in the market, especially in the IT market. More DEI managers started popping up in companies and people started exchanging ideas and voices were finally heard.

I am a first generation Pakistani-Dutch Muslim cis gender woman who was born and raised in the Netherlands and currently live in London, UK. In my personal life and work I have experienced quite a lot of racism, discrimination and islamophobia.  After the horrific events of 9/11 there was a huge backlash towards Muslims and many people experienced discrimination and harassment.

I have experienced a lot of micro aggressions but have also witnessed full blown macro aggressions; blatant discrimination and othering in the workplace. It became so normal that I became numb to it. I would literally gaslight myself by saying “oh, it’s just a joke”, “they didn’t mean it like that”, “maybe you heard it wrong”. Then when I started witnessing bias in recruitment, at first I did the same. I was completely in denial and would again take the feedback of some hiring managers for genuine feedback, but there was still a gut-feeling that said: this is not right!

And once I started to stop justifying others’ behaviour, I could see the bias so clearly that it would physically hurt. I remember the first time I was given biased feedback from a hiring manager, it was so unapologetically racist, that I burst into tears and I could not stop crying. I realised right after that incident, that I had enough and will not tolerate discrimination and bias from anyone.

Now the truth is, that is extremely hard in recruitment, because I work with so many different hiring managers and candidates. But I have come to learn that the first step is sometimes the hardest, which is that awareness, and being compassionate can go a long way.

So instead of “fighting against” certain hiring manager’s bias, I made them aware I had to do a lot of educating myself. I had to take more time with candidates and clients, but it has paid off massively. I have a better trust with my clients and there is better retention for them as well.

But it’s not always easy…

Agency recruiters have a particularly huge challenge when it comes to questioning their client’s bias. We all want to find the unicorn for our clients, but they just don’t exist. On top of the fact that we get a lot of pressure to “fill the roles” with speed and want to, of course, do an excellent job. So, if we know a particular client likes a particular type of candidate, we limit ourselves to that particular profile. However, by doing that you are also being extremely biased and missing out on so many other potential candidates.

So if anyone wants to overcome or challenge a hiring manager’s bias, this is what I would recommend...

1. Recognise your own bias - What does that look like in recruitment?

Before we have any conversation around bias, we have to first understand what bias is. Every person has biases – it’s human nature. Without fully understanding, recognising and then admitting our own biases we can not make any real change. Let alone educating someone else on their biases. Note: removing all excuses around bias is a great way to start.

Then, it’s important to understand your market and the Dutch market as a whole (in my case). Did you know that around 40% of the Dutch workforce has a mismatch in their job and qualifications? In other words, people who are qualified are not getting the jobs, but also people who aren’t qualified are being put in positions they shouldn’t be. 40% is a huge amount, however that amount is even larger still with Dutch nationals who have a non-Western heritage. (source: TNO) Competency is a real issue in the workforce.

This can, of course, mean many things, but we know bias is one of them. People tend to hire other people based on physical appearance or if they can relate more to them. Whether that is based on common interest or their career journey might look the same. Either way, bias plays a role.

There are so many types of biases and let me highlight the ones which are most common in recruitment:

Once we have checked ourselves, know the type of biases that can appear- it is easier to recognise it when someone else is being biased. Within the recruitment industry this is extremely important because we are working with people whose lives could be affected in a negative way if we are not being mindful.

2. Get to know your client inside and out

Besides understanding why your clients are looking for someone in the first place and finding out what they are looking for; it’s time to start thinking critically. Why are people leaving, why are people staying? What kind of people have they hired in the past? And, more importantly, find out what the current team members are like. What kind of personalities are there, what soft and/or hard skills are missing?

“The candidate would fit really well in our culture”, this usually means that this candidate is very similar to the rest of the team and therefore could work out better (in their opinion). This does not have to be true. Having worked in so many different companies myself and worked with clients who did favour cultural fit, it does not mean that this candidate works out well for them in the long run.

Cultural add has so much more strength in a team. This challenges the team’s thinking and promotes tolerance and understanding. It has also been proven that diverse teams tend to be more creative. This is something your client or hiring manager must learn to understand, because if they don’t the consequences could be dire.

Do you want to place your perfect candidate at an organisation that is extremely biased? I know far too many people who have left a “toxic” work environment. Mainly because there was not enough tolerance and understanding of how they identified in the teams they worked with. We often hear about burnout and other mental illnesses people are left with from work; to add additional trauma based on racism and discrimination is just infuriating and unnecessary.

4. Focus on competences and ability

When speaking to a candidate, get to know them really well in order to know their competences, their success and their wins. Take the time to really find out why people have left; their real reason. This is key in finding out if they could truly thrive in your client’s environment. For example. their soft skills can be easily overlooked in an interview or by just looking at their CV, so this is your chance to highlight this to your client. Especially if these competences are essential for the role and the team.

Standardised interview processes should really be a thing of the past. A lot might argue that this is because the process needs to be fair for everyone, so a fair judgement can be made. However this is to the contrary! Not everyone is the same, so by judging them in the same way is actually super unfair and might prevent you from spotting great candidates.

Some people might be more comfortable doing an assessment at home and not during a live assessment session, or the other way around. Some might need more time to formulate their answer or their nerves can get the best of them. So flexibility and adjustment is important. I usually ask the candidate how they feel about the interview process and if I sense any hesitation, I ask the client if we can make a small adjustment. This way the candidate is comfortable and the client appreciates your feedback.

Neurodiverse candidates, for example, might benefit from an adjustment during a recruitment process. So instead of assuming someone is fully comfortable with your process, it is always best to ask first.

I appreciate that these tips might not be applicable in every situation, it’s so dependant on the nature of the role, the mindset of your clients and the size of the organisation. Sometimes just understanding that when you are working with people there is no “one size fits all” solution can make a huge difference, because humans are complex, and we are all so different.

Recruitment consultants get a lot of pressure not just from clients but also from managers as we work with targets. But it’s still important to recognise your influence as a recruitment consultant and the difference you are making to someone’s life. It’s something to be proud of, and we’re in a very fortunate position to have that impact. If there is biased hiring taking place and we’re complacent, we are then complicit in NOT improving diversity, equity, and inclusion.

The world is changing and we have to change with it. 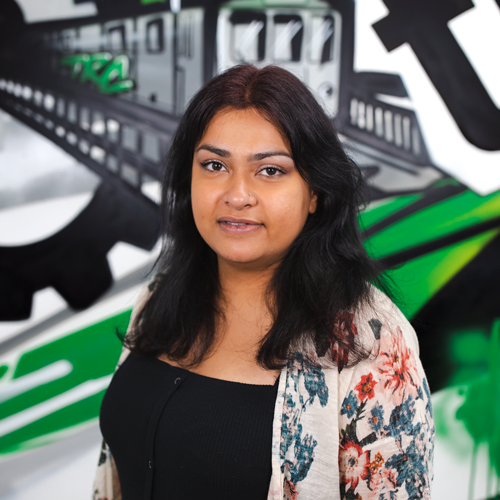