I never dreamt, that as a boy I’d grow up to be a recruiter. In fact, to be honest with you I always dreamt that one day I’d be a police officer. I’ve decided to write a short blog about my five years in recruitment, and how I fell into recruitment, quite literally.

So, a former dispatch manager, car sales man and all-round del boy. I decided one day, that recruitment was for me.  I first heard the word “Recruitment” through a friend, endless conversations, on basic salary of £21,000, smashing sales targets and picking up at least £40k. I had to go for it! I went through a R2R who went on to get me a couple of interviews. After little consideration, I took an educated gamble and started work with “That Recruitment Company”.

Fresh, just 21 years old – the only responsibility I had was whether I had enough fresh boxers and socks to last me through the week – It was a huge shock, I was accountable for everything I did. Scary, but yet empowering. Within 3 weeks, I was working the complete 360 process and every step I made meant that I was closer, or in some instances further away from the desired deal we spoke about during my interview process. I was definitely in recruitment for the money at first, but I began to ABSOLUTELY love the role I could play in someone’s else’s life – it wasn’t just about the personal gain, it was about Impact, and the role I could play in someone’s life.

Satisfaction Not going to lie, it was the best feeling in the world! When I chalked up my first deal on the board after 3 weeks solid graft. I’m naturally very competitive and a huge control freak, and this was achievement for me. Largely, in recruitment there are a lot of uncontrollable variables, and the feeling when it goes your way is like no other.

Autonomy: for many reasons, this gets thrown about a lot on LinkedIn, job adverts and even when you speak to recruiters, but personally I draw my comparisons from friends in terms of job, progression earnings and general job satisfaction. Almost all of them were a lot more prepared than I ever was, with formal training and dare I say it better salaries. Having had a lot of time to reflect now! We all measure success in different ways, and I truly feel that I came out on top. I’m in a good place, I’m at a fantastic company that gave me the time to grow, mature and make a damn good career. 5 years in this industry and I just became the Director, I’ve been promoted more times than I can think, it has been less structured  but I was given the hands- on training that I needed and more importantly far surpassed where I thought I would be by the time I was 26…. Chin up ladies and gents, keep working at it!

We’re nearly at a wrap I promise. Recruitment, the industry has been HUGE LEARNING CURVE.

I’ve made this sound easy, and don’t get me wrong, I’ve had a lot of success! but it hasn’t been a Hollywood story by any stretch…. Countless mistakes. (And there’s been loads!)

Some advice if you take anything from this, Fail, fail, and fail again, we have a saying: “Failure is success in progress”. I’ve learnt more from the mistakes I’ve made, than from the risks I haven’t taken. It’s tested me, I’ve had to be resilient, and the skills I’ve learnt are invaluable and I believe they’ve set me up for life. If you’re looking to get into recruitment – FAIL A LOT! Just embrace it!

Whilst writing this I realised you could consider this as some form of job description for the Recruitment Industry, not intentional, but I’ll incorporate both.

There a lot of horror stories, but don’t let that stall you, it was the best decision I ever made. A 21-year old lad, not knowing which direction to turn, made it. It’s not easy and it’s definitely not a given, but if you have drive and work ethic, you’re already in for a good start.

I’m always keen to connect and would happily share my story with anyone; Drop me an email or better still give me a call on 020 723 0912 or email me on sam@thatrecruitmentcompany.com. 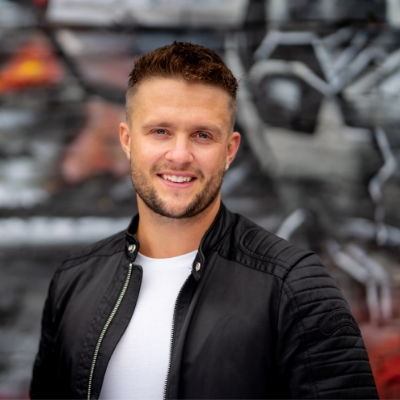