Take part in the 10 For Ben challenge

A few weeks ago, our worlds were rocked when our colleague and friend, Ben, lost his life to an undiagnosed complex AVM.

Anyone who had the pleasure of knowing Ben will know that he lived his life to the full. We wanted to do something to celebrate him, alongside his family, and raise awareness of AVMs.

Racking our brains for what we could do, we came up with the idea of 10 For Ben. A 10k challenge around Edgbaston Reservoir in his hometown of Birmingham.

Our goal is to make this a really special event, something *almost* as big as that personality of his. Regardless of whether you knew Ben, we’re inviting you to lace up your running shoes and join Ben’s family and friends to tackle the 10k run/ walk / hop, whatever you can muster. After the run we’ll end up at the Highfield in Edgbaston for drinks.

AVMs are a bit of a mystery to most, in fact, even Ben had no idea he had one as they can go undetected for years. They’re hard to diagnose and are often symptomless. But with greater awareness for this rare and often deadly condition, we can bolster early detection and increase the success rate for treatment.

We’ve teamed up with the incredible Butterfly AVM Charity to raise as much money as we can for AVM research and support. So, if a 10k is a bit much or you can’t make it up to Brum then you can still get involved by making a donation.

As a Brucey bonus, anyone who donates £20 gets a t-shirt inspired by Ben and designed by his lovely sister, Jules.

If you’d like to take part in the 10k run all you need to do is head over to our registration page, sign up to be a runner, wait to receive all the info from us and get training.

Alternatively, if running is not your thing, it would still be great to have your support by making a small donation to the cause in his memory.

To donate to the Butterfly AVM Charity, who have been a huge help to Ben’s family during this time, head to our JustGiving page. 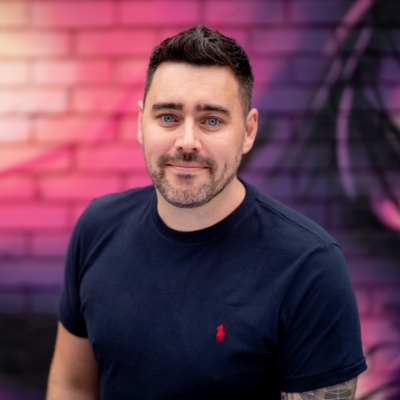