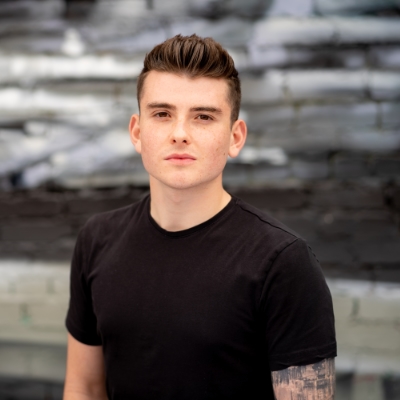 The baby (faced) of the office, Ben joined us in 2019 to help expand our ever growing presence in Python and Ruby Development.

Ben previously worked as a Technician for Jaguar Land Rover, but realised that his real passion was for helping people, and that recruitment was his calling. Since then, he’s never looked back, and has made a seriously strong impression in his time here.

Outside work, Ben is a car fanatic - spending a lot of his time modifying his Honda Type R, a boxing enthusiast, and collector of some seriously impressive tattoos!

What does Ben recruit for?

Are you ready to take the next step in your career? If the answer is yes and you are a Medior/Senior...
Read more Apply now

Are you a talented Angular developer? Is Angular the first and last thing on your mind every day?&nb...
Read more Apply now

Is Magento the forefront of your mind? or maybe you are a talented PHP developer and looking to lear...
Read more Apply now